A Boston Comedy Favorite Lands at The Acting Center

Wicked Funny has come to LA and it is at The Acting Center!

This popular Boston comedy show has moved to the West Coast with its creator, Vinayak Pal. The first show was held at The Acting Center on Saturday November 17th. Hosted by Travis Tapleshay, with special guests Camille Solari, Vinayak Pal,  Elvis Winterbottom and headliner Ezekiel Echevarria, it was an event not to be missed.

Lots of laughs and a fun night out for stand-up comedian lovers! The next Wicked Funny LA will be in the New Year—Saturday, January 26th.

Awareness of sexual harassment of actors is high these days, but what about back in the days before a popular term even existed to describe abuse of power in this way?

Many actors and actresses in early Hollywood experienced sexual harassment from studio execs, casting directors, agents and managers, often simply because, in the evolving world of movies and television, who was to say it wasn’t a part of the natural career path?

One actress who confronted this, never compromised, and still went on to have a hugely successful career is Marion Ross, “Mrs. C” of Happy Days.

In this clip from an interview at The Acting Center, Marion shares her own “Me Too” story, and what she did to ensure her role was not that of “victim.” 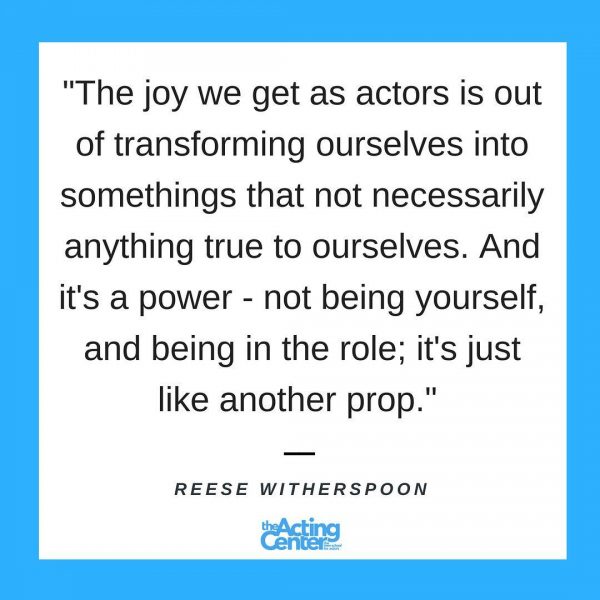 “The joy we get as actors is out of of transforming ourselves into something that not necessarily anything true to ourselves.  And it’s a power – not being yourself, and being in a role; it’s just like another prop.”

TAC Advanced improvisers, Brett Candice, Garrett Theon, Noga Sadeh, Kelly McCall, Elliott Bluvband, Veronica Hardy and Eric Zimmerman hit the stage on Sept 30th with some new forms that wowed the audience! These guys are not messing around. Or maybe the are! They will be starting the first Improv Troup at The Acting Center, so stay tuned for more from the Advanced Class!

Also that night from the Monday/Wednesday Scene Study class, a wonderful scene was performed from “Hard Candy” starring Vanessa Fichter and Michael Klaumann. And a surprise performance from Jim Meskimen singing an old standard. Our next show will be the Halloween Salon! You never know what to expect!

Erika Christensen at The Acting Center!

Our latest Pro Series Interview with alumna Erika Christensen was spectacular! Erika who stunned audiences with her performance in Steven Soderbergh’s  film Traffic and is well known for her role in NBC’s Parenthood came to share her experiences in the industry. She talked about how she got started and has been able to keep her career going strong, from features to TV and back again. Now staring in Ten Days in The Valley on ABC opposite Kira Sedgwick. She is also a new mom. Erika is doing it all with style!

The Audition Seminar answered those nagging questions and cleared up any confusion about how to audition!  Hosted by successful film and television actor, producer and co-founder of The Acting Center, Tamra Meskimen, attendees found themselves more at ease with the audition process and discovered an increased competence in delivering a great audition.

Dispelling the technical head-scratching of how to put yourself on tape for a self-taped audition, veteran photographer, editor and actor, Michael Klaumann gave a hands on demonstration illustrating self-tape methods for all budgets.

Field Trip for the Improv 101 class!

February 24th 2017,  the Improv class was invited to go see the world premier of the film “in Search of Fellini” written and produced by our friends Nancy Cartwright and Peter Kjenaas. Both alumni Beth Riesgraf and David O’Donnell lit up the screen with their Fellini-esque characters! It is a wonderful story and beautifuly told by director, Taron Lexton. Not to mention it is based on true events! A must see! In theaters soon. 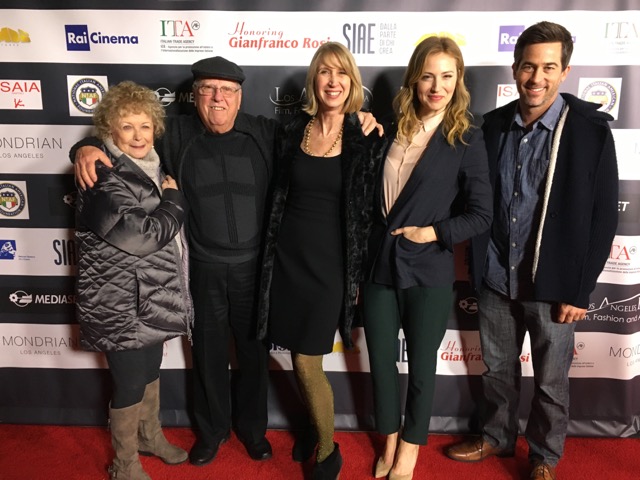 The TAC Improv troupe hit the stage with some fantastic Improv for this Salon. We also had some wonderful scenes and monologues from our Scene Study students. Lots of laughs and a bit of drama. We do it all!!!!!

Get Your ACT(ing) Together Seminar

This was a great way to start the year where the attendees figured out what they wanted to accomplish this year as actors. Then what to do to get there! Big plans for the future for those who attended! Putting their dreams into ACTION!

Jimpressions back at The Acting Center. We were entertained by new voices, new stories and special guest Reggie Brown (Impress me and Barbershop). Performing to a packed crowd which even drew in Dawn Wells from Gilligans Island! Stay tuned for upcoming shows!