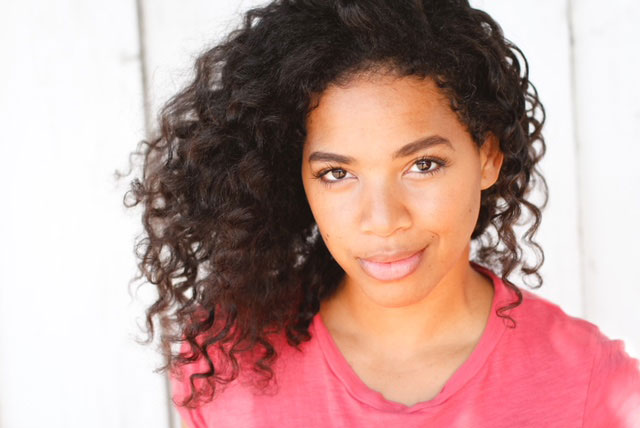 A native of New Orleans and born of Jamaican/Cuban and Guyanese/Portuguese lineage, Kristen Henry King began her love affair with music at the age of seven when she began learning the piano. At ten she began voice lessons and by fifteen was traveling the world as a member of the elite vocalist group, The Triple Trio.

King began to garner recognition as a lead vocalist in her hometown shortly thereafter, winning the Houston Young Artist’s ’Program and receiving a grant from the Houston Grand Opera for voice. She eventually received a Music Talent Scholarship from the prestigious New York University, where she earned a B.A. in Classical Vocal Performance.

Now bringing all of her talents to her acting career she is killing it there, too! Kristen has been studying at The Acting Center since the beginning of 2018 and is booking like crazy! Here’s what she has to say.

“this place is literally the only place where I have the ability to grow as an actor.​”

How did you get started?
I was receiving a Bachelor’s in Classical Vocal Performance at NYU and my curriculum included acting classes. I had to be able to emote and communicate as an opera singer, as I mostly sang in different languages and the only way I could do that was to “act” what I was singing.

My first class was terrifying and I never wanted to go up. I was so out of my element, but it was not long before I realized that I was in love with this new art form and it was the key to bringing life to my singing.

When did you start studying at The Acting Center?
I briefly came in at 2011 for a few months, but I was so used to being critiqued in other classes and felt like I needed that, that I left.

I tried many other classes, and it got me to a point where I felt so stagnant in my career, that I hit a wall. I never got a return, despite paying hundreds of dollars for coachings before auditions.

It wasn’t until January of 2018 when I was doing the Audition Intensive that it finally clicked– this place is literally the only place where I have the ability to grow as an actor. I have the freedom to create my own ideas and nurture my own artistic abilities in a safe environment allowing me to make mistakes without judgement, to strengthen what works, and discover new ideas I didn’t know I had.

What Happened with your career after doing the AUDITION INTENSIVE?
The results were virtually instant after graduating the program. I started applying this one-of-a-kind technique to EVERY audition, and WOW!– the reception I got was incredible.

It gave me the boost of confidence I needed in myself to be allowed to make choices that before I thought too risky, but now I see as the “X-Factor” I needed to stand out.
Now I get so excited about getting auditions and preparing for them, I can’t wait to show casting directors what I’m bringing to the table.

Part of this comes from a technique done in the research part of your character that you learn in the Audition Intensive that no other acting school will tell you about. This ONE tool will separate you from the competition. And even if you don’t book the job, you will be remembered.

What at The Acing Center has helped you most?
Having faith in myself, to trust my own choices for the character, take risks, and play characters that I would never have been comfortable playing before.

Tell us about your recent success booking commercials and other roles.
I got called my first callback for series regular roles during pilot season, without a coaching. I’ve booked 8 jobs since January, already more than I’ve booked in the last 3 years combined and we aren’t even halfway through 2018.

Three of those jobs were National commercials, one of which was a spokesperson position for 6 spots that included Voice-over work.

I also have had 17 callbacks, and 15 avails during this time. My stats have never been this high, and I owe a large portion of my success to the Audition Intensive Class, and continuing to practice during regular class periods.

What is your favorite thing about The Acting Center?
My favorite thing is that it is a judgement-free safe zone with other actors who all want you to succeed. We root each other on, and we are all moving up to our next “standard” of acting together.

And anything else you want to say!
There is no other acting class where I can perform multiple characters in one night, be able to be free to really try something that is way out of my comfort zone but have the ability to say “F it, just go for it.” If it doesn’t work it doesn’t work.

And when you are not winning for any reason at all, you can let someone at the school know and they can help you sort it out.

The care factor is really present at this school and I’ve officially found the school for me where there is no glass ceiling.