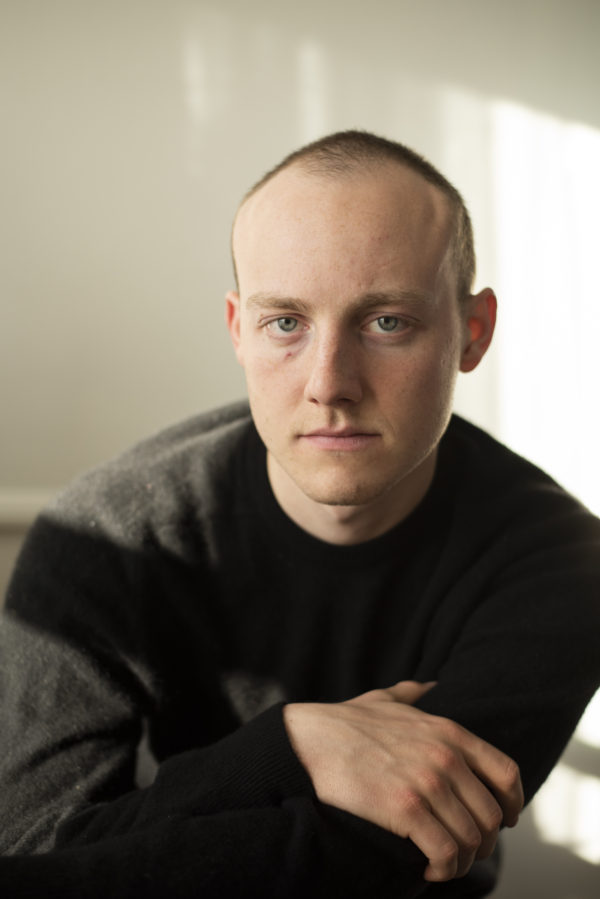 Nicolai Dorian is an actor and out of necessity, a writer and producer from Los Angeles, California.

Growing up around artists of various disciplines, he watched as many were able to feed their families with mere paintings or TV/Film work! This made a huge impact on his aspirations to be an actor.

Nicolai acquired his SAG Card at age twelve with one line on How I Met Your Mother, that coveted piece of plastic that shows, “I’ve made it!”.

Well, not exactly. His parents paid for his membership for many years as he was growing up. Something he says he will never pay them back for. He paid his dues with one-liners in TV and various commercials and short films.

In the past few years, making short films with his cohorts proved fruitful and landed him the opportunity to star in two independent feature films, writing and producing one of them. Gary Town and In A Silent Way will be released next year.

Nicolai has a bright future as an independent filmmaker with what some call the wit of a stray cat and the brawn of a table saw.

“Because that’s how you get better. Just by doing and doing and doing. Not by making something and tearing it down by examination and critique (sometimes by a whole group of people who have no more expertise than you!).“

When did you realize that you wanted to be an actor?

The story goes that, at the age of three I would stand on the dinner table and bow for no apparent reason. So, for as long as I can remember basically.

How did you get started?

I acted in plays all throughout grade school from the time I was a tot, and won many awards at Halloween Costume contests as well, not necessarily for the quality of my costume but because I would go into character and convince people I really WAS a space alien with the Grim Reaper’s scythe. That was one costume I remember putting together.

I eventually convinced my parents to help me find representation around ten years old. I was driving with my mom one day and I said, “Mom, how do I be an actor for real?” She told me “I guess you need an agent.” So I said, “Ok can we actually do that and not just talk about it?” The rest was history. Many audition nightmares and callback wins which was quite a comical hell for me as I remember it. I find auditioning to be the most tragic part of acting.

When did you start studying at The Acting Center?

I started studying at The Acting Center when I was twelve, I believe. It’s been just over ten years. Tait Ruppert was a teacher of mine in the KidProv, later TeenProv (improv for kids and teens) and Amanda Reed has also been my teacher since then in scene study.

What at The Acing Center has helped you most?

Where to start… I think I probably would have quit acting if it wasn’t for The Acting Center.  I remember very early on Eric Matheny, one of my teachers and one of the founders of the school, told me this: If you were teaching a child how to draw a circle and you gave him an example, then had him give it a shot and right off the bat began to tell him what was wrong with his circle and told him where to improve and what to change so he could draw it right, the kid would try and try and focus on all these wrong things he was doing to a point of madness. Whereas if the same kid was allowed to continue to draw circle after circle with no criticism from the teacher, he would eventually draw a proper a circle and, in addition, he would have made a bunch of other really strange and beautiful attempts at the “right” circle.

Even when I’m alone with myself rehearsing dialogue or creating characters or writing, this has been a guiding principle for me. We may have critical thoughts from a former teacher or the teacher in ourselves, but the key is to just let that pass and continue to create. Attempting the right circle over and over with no attention paid as to whether it’s right or not. Because that’s how you get better. Just by doing and doing and doing. Not by making something and tearing it down by examination and critique (sometimes by a whole group of people who have no more expertise than you!).

And after all, what is expertise? There are always a number of skills in any art which you can improve on, but at the same time, “everyone is Picasso” as Matheny states. There is no artistic standard. Spongebob Squarepants exists in the same universe as There Will Be Blood and that’s how it always will be. If you told a child that he didn’t understand art because he thought Spongebob was a masterpiece and There Will Be Blood was a slog, he would discount you right away if he had any sense. There is no right or wrong. Only to you. So, these are a couple of the principles that The Acting Center has showed me. I honestly don’t know of any other school for artists that actually wants you to come up with the conclusions surrounding your art and goals and artistic endeavors. It’s pretty magical. I could go on and on.

Tell us a little bit about your recent movie project.

In A Silent Way is a feature film about Jazzen Goodman, a young guitar player who thinks he is God’s gift to the jazz world. Upon receiving a premonition that he will be dead in thirty days, he hires his best friend Dylan to make a documentary about his attempt at “postmortem solidification in the annals of jazz history”. Everything that can go wrong happens, and after alienating his friends and torturing the LA jazz community, he eventually learns a thing or two about the importance of collaboration and teamwork in creating art and legacy. 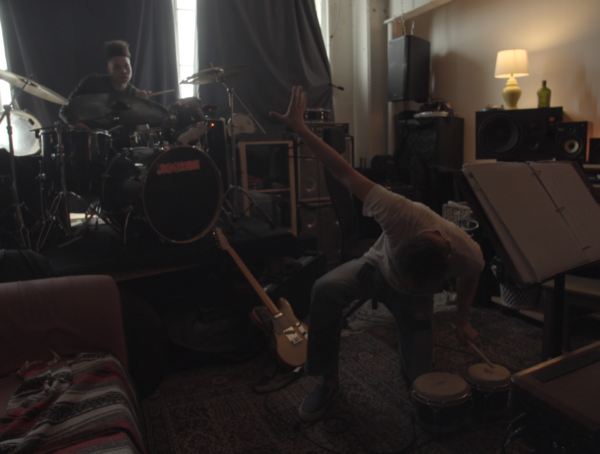 What inspired you to create it?

I have been making short films for years with my two creative partners, Nick Tuttle and Collin Levin. We knew that we needed to make a feature to really enter the next level of our careers but we had no understanding of how one actually makes a real feature film. We thought we needed millions of dollars and that someone would just give it to us after we showed them a funny short or a good screenplay.

So for years we twiddled our thumbs with feature ideas. But we never got one off the ground. I’m sure Nick and Collin would tell a slightly different origin story of how we actually bit the bullet and began to make this movie, but I know for myself, when I saw Good Time, the Safdie Brothers film, I saw that this movie was so contained and simple yet gripping and unique. I said, if they can do it, we can. We have bizarre small stories to tell and why couldn’t we scrape together a few bucks and some sandwiches and make it happen.

So I sent an email to 10 close friends who were all filmmakers in different capacities on August 14th, 2017. The end of the email read, “Let’s make a movie.” After a short version of the film was produced and shot and many drafts of the screenplay, along with many a lame duck meeting and phone call, Collin found a workshop called the Short to Feature Lab, ran by filmmakers Jim Cummings and Benjamin Wiessner that was accepting applications. We applied and got in. 10 short films were chosen out of over 300 submissions. Collin spent a week at the lab and I was lucky enough to be invited for a couple days as well, Jim and Benjamin proclaimed that they wanted to Executive Produce, mentor and collaborate on each of the short filmmaker’s feature film projects. This was a godsend.

Jim and Benjamin have been the greatest of mentors and you can read all about the curriculum and process of turning your short into a feature, at  Short to Feature Lab. We learned how to raise money, produce and shoot our film and here we are in the post production stage, editing cuts and mixing final sound. It’s quite a dream come true. Expect a 2020 release for In A Silent Way.

I know you used other TAC students in your film, can you tell me why?

First of all, studying at TAC has created some of my longest lasting friendships. Collin Levin and Nick Tuttle were both scene partners of mine at TAC and Nick still studies with me on Monday and Wednesday nights. We all share a common language on acting and how to go about running scenes and dialogue. I used other TAC actors in the film for that reason too. I knew they could deliver and not need much from us as filmmakers to affirm their ideas. They could create any number of ways to say a line on demand, and not be wondering if we hated them. They just did the job an actor is asked to do–be convincing to an audience and bring their own ideas. 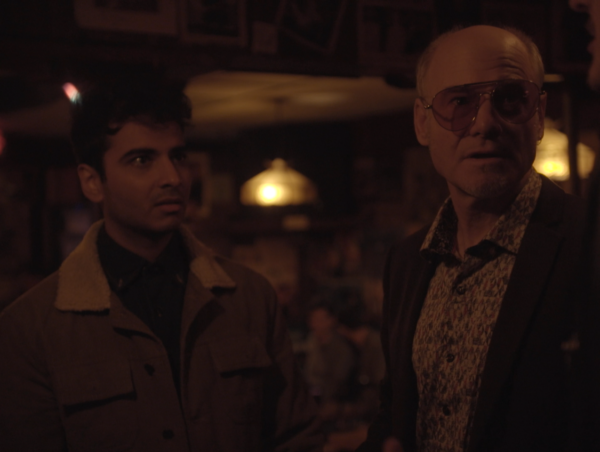 Do you have any successful things to pass on to others that might want to do the same thing?

I will give you the wise words of Jim Cummings from an interview I found online which is something he reiterates in person all the time:

“What’s the most important thing to remember as filmmaker? I always go back to Mark Duplass’s keynote speech from South by Southwest in 2015. He said, ‘Make the movies you can make right now. The cavalry isn’t coming.’ I think that’s the most important thing you can tell a filmmaker. The cavalry isn’t coming. You’ve got to do this yourself. If you’re going to make a movie, imagine that nobody is going to help you. As soon as you start thinking like that — as soon as you tell yourself, ‘Okay, cool. I’m going to have to do everything’, that’s the moment you’re ready to make something.”

What is your favorite thing about The Acting Center?

The fact that I can create 100 new characters in class every night with the flip of a card. Character Cards are the greatest acting exercise ever created. Learn about them if you don’t know already.

And anything else you want to say!

I always say that if I ever win any kind of award for my acting I’ll thank The Acting Center. 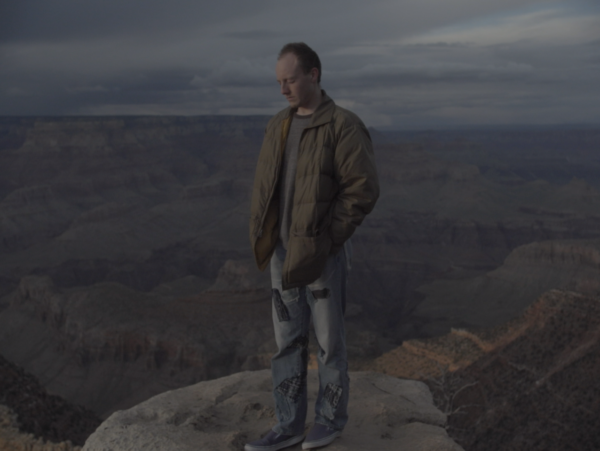